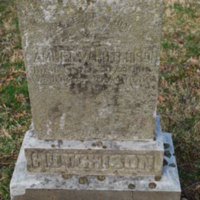 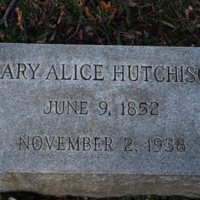 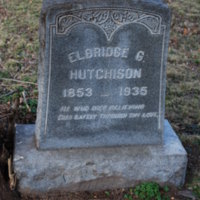 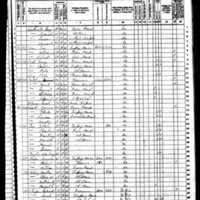 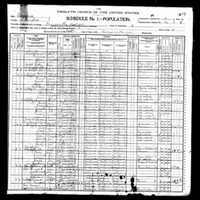 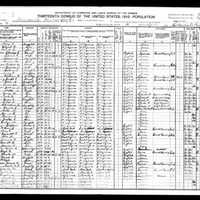 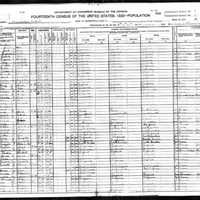 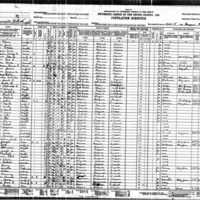 The Hutchison family consists of multiple generations spread across the northern Virginia area.  Samuel and Mary Hutchison in particular were neighbors to the Bennetts and the Cockerilles, both of which have relatives buried in this cemetery.  While most of the Hutchison clan made their living as farmers, one of Samuel's brother's Albert was a carpenter and his cousin Andrew became the postmaster of Herndon (this was an enormous responsibility and honor at the time).

Samuel W Hutchison was born on July 10, 1851.  He grew came from a family of five children and lost his mother early in his life. Samuel grew up in the Dranesville area and later moved to Centreville when he married Mary Alice. His marriage only resulted in one child, Dallas Page Hutchison (born in January of 1885); this was an uncommonly small family.  Dallas went on to marry Ethel Nickel and have several children.   Samuel Hutchison worked as a farmer on his mortgage free farm for most of his life and most likely passed it on to his son Dallas upon his death.  He died on September 20, 1918.

Elbridge G. Hutchison was born in 1853 and was Samuel's younger brother. He remained in the Dranesville area for his entire life.  He married Ella A. Hutchison and had at least three children (this was also a small family at the time)-Olivia, Wade, and Hiram.  He was a farmer like the rest of his family and also owned a farm mortgage free.  He was wealthy enough in 1930 to employee a servant, Charles Harris.  All of his family could read and write and Samuel and Elbridge both were able to leave the farm as children and attend school.  Elbridge died in 1935.