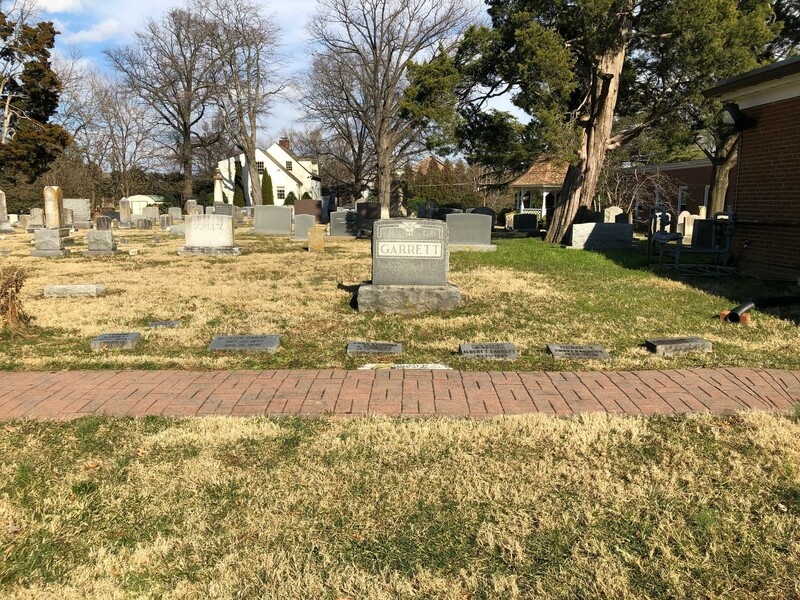 This is Row 16 of the cemetery, where this particular set of Garrett's are located.

In Row 16, Row 11, and Row 12 of the cemetery, this particular branch of the Garrett family is buried. There is a total of seven buried here surrounding the large, overall family headstone. The seven members include the father, Albert T, the mother, Emma F, their children, Nina, Eugene, M.Olive, Cora Virginia, and Emma's mother, Eliza E Ewers. Their death dates range from 1873 to 1927. A for Row 12, William Ernest Garrett and his wife Elizabeth are buried there; William was the son of Emma and Albert. In Row 11 Paul Yates Garrett is buried. It is unclear why these two brothers were not buried with the rest of their family in the main plot. All of the headstones are well maintained, but that may be from the church's volunteers rather than from any surviving family members, it is unclear. 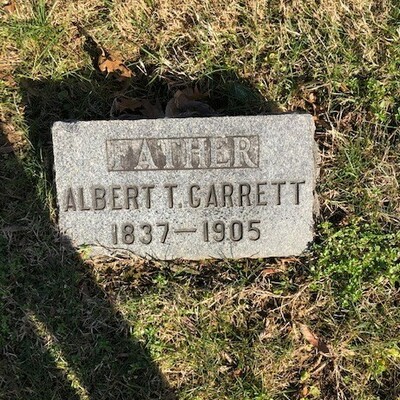 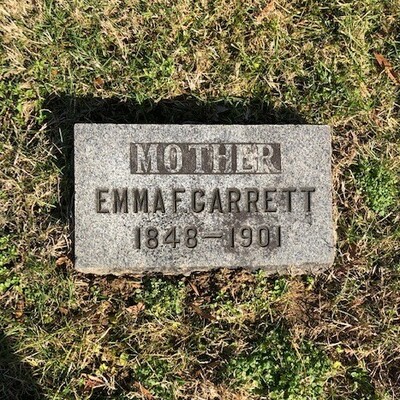 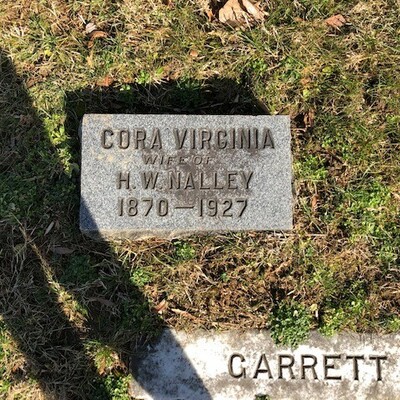 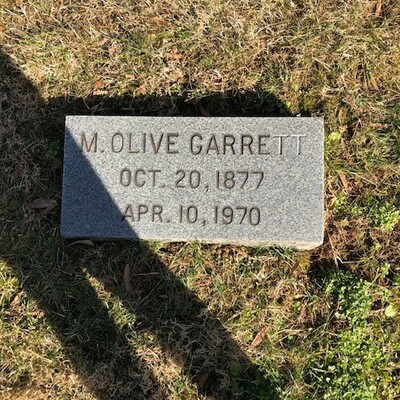 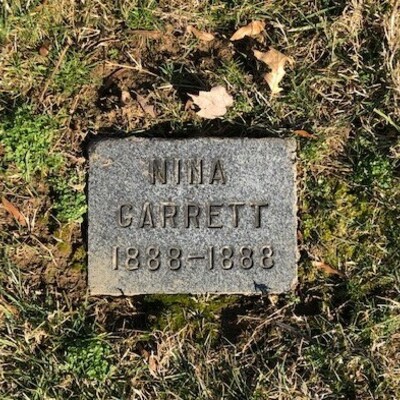 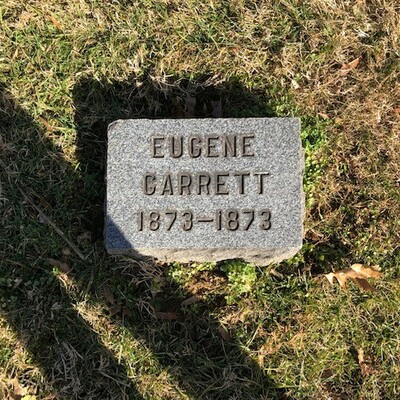 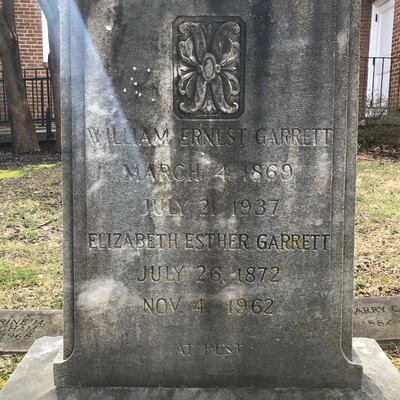 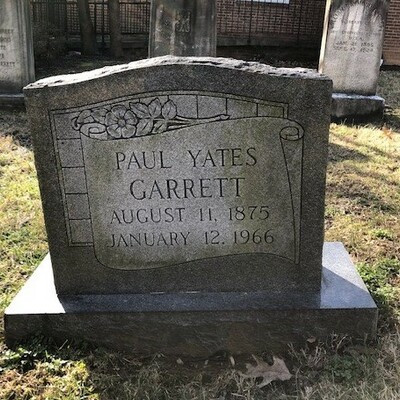 The Garretts widespread presence in the church's cemetery is a strong statement for the influence the church had on families, and the overall McLean community. They serve as a great example of the community engagement of the church that started during its foundation and is something that remains a main focal point of the church to this day.