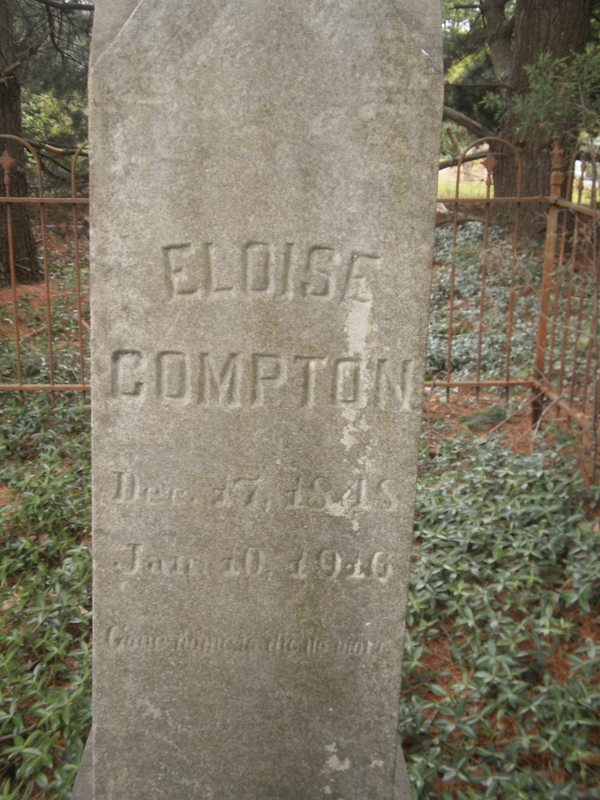 This is a picture of the side of the Headstone dedicated to Eloise Compton. Her husband, Felix, is on the opposite side.

Eloise Fairfax, the daughter of John Fairfax, was born December 17, 1848. A native of the Fairfax area, several of her brothers fought for the Confederates during the Civil War.

She married Felix Compton on December 14, 1871, and the couple settled in Clifton, Virginia in 1876.

She gave birth to 11 children with her husband Felix, 4 of whom she buried before she died. Eloise passed away herself on January 10, 1916, and is buried in the Compton Family Cemetery

The Inscription on her side of the Headstone reads"

"Gone Home to Die No More"