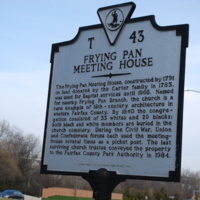 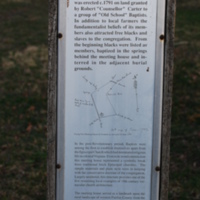 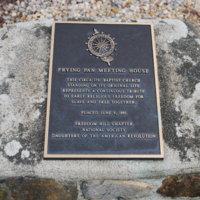 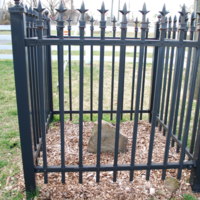 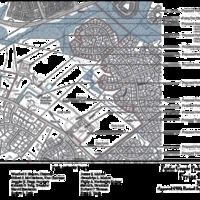 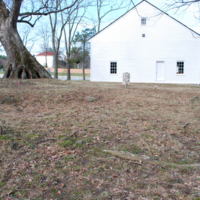 Back view of the Meeting House

The Frying Pan Meeting House was erected around 1791 when Robert Carter granted land to build a Baptist Church. Local citizens referred to members as Hard Shell Baptists and Old School Baptists.  Part of the church was destroyed in the Revolutionary War, but the remaining building still has the original foundations.

It was one of the oldest churches to openly welcome free blacks and slaves to become members alongside whites.  African Americans were baptized in the stream running behind the meeting house along with whites, but were buried separately in an unmarked cemetery behind the marked cemetery of white church members.

It was given to the Park Authority in 1984 by the last remaining church member and remains one of the few local examples of 18th century vernacular church architecture.