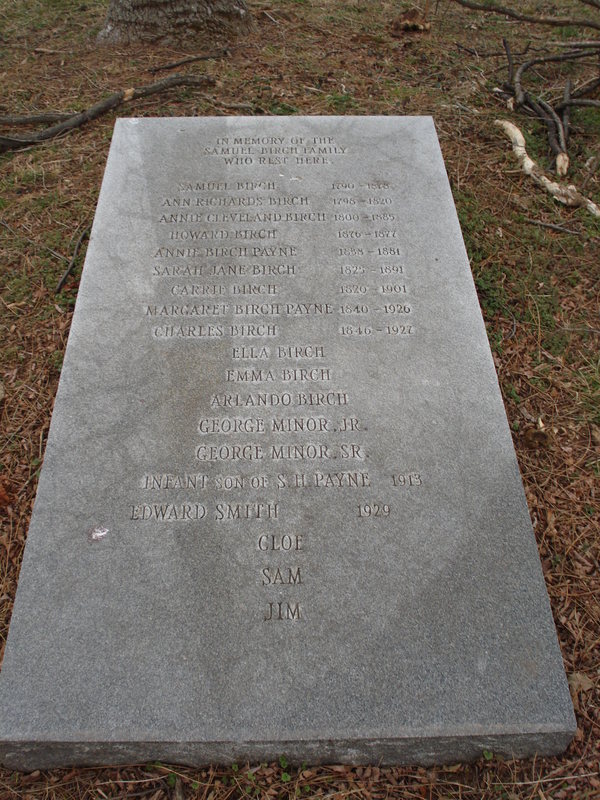 Plaque Now in the Cemetery

This plaque is not Original to the cemetery.  It was added sometime between 1960 and 1980 and lists, hopefully, all the people in the cemetery.  However some of the names are a little off.  It also gives dates for most, but there are several without, possibly infants.

After George Minor sr, is the Infant son of SH Payne, Edward Smith, and Cloe, Sam, and (not shown) Jim.